Dumbledore is Death is a Harry Potter fan theory, which suggests that Albus Dumbledore is the personification of Death described in The Tale of the Three Brothers. The three brothers are also represented by Voldemort, Snape and Harry.

The Tale of the Three brothers tells the story of the three Peverell brothers who find themselves facing an incarnate of Death after they successfully cross a river where most travellers drown. Angry that the brothers had escaped its grasp, Death tries to trick them, offering them each a wish that it will grant.

The first brother, believing himself to be the greatest wizard of them all, asks for the most powerful wand ever, so Death hands the Elder Wand; the second brother, having lost his fiancée, asked for the ability to bring the dead back to life, so he was given the Resurrection Stone; and the third brother, a humble man, simply asked to walk through life without the fear of Death following him, and so he was given the Invisibility Cloak. In wizarding lore, these three objects became legendary artifacts known as the Deathly Hallows.

Voldemort is similar to Antioch Peverell as they are both obsessed with power and wanted to conquer death. They also both aquired the Elder Wand in their lifetimes. While, Cadmus is represented by Snape as both were in love with a woman who died too soon. The last brother is similar to Harry, as they were gifted the invisibility cloak.

Just like Death with Cadmus and Antioch, Dumbledore played a role in the deaths of Snape and Voldemort. He also gave Harry the invisibility cloak. And like Ignotus, Harry “willingly” walked to Dumbledore on Platform 9 3/4 at King’s Cross and greeted Dumbledore. He greeted Death, his “old friend,” as is written in the Tale of the Three Brothers.

When asked on Twitter what her favourite fan theory was, J.K. Rowling responded that it was the Dumbledore as Death theory. Though, J.K. Rowling hasn't confirmed or denied the theory as being true. [1] 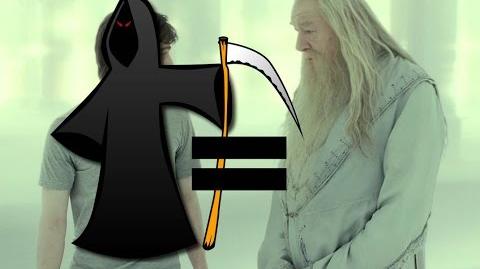 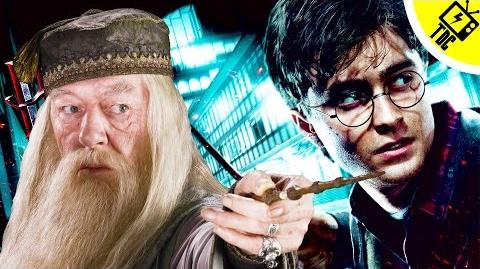 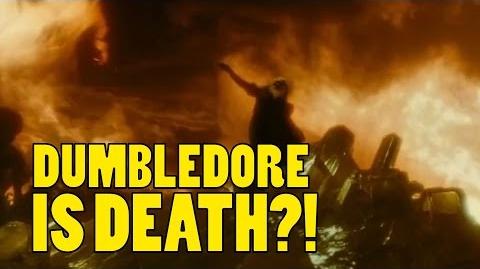 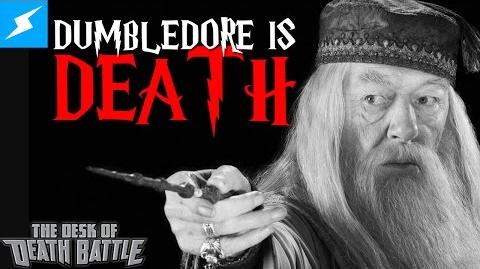 Dumbledore is Death??? The Desk of DEATH BATTLE!-0