Fantasy, Drama, Young-adult fiction, Mystery, Thriller, Bildungsroman
Harry Potter is a fantasy series of seven novels written by J.K. Rowling. The novels chronicle the life of a young wizard, Harry Potter, and his friends Hermione Granger and Ron Weasley, all of whom are students at Hogwarts School of Witchcraft and Wizardry. The main story arc concerns Harry's struggle against Lord Voldemort.

The Harry Potter series is the subject of multiple fan theories. Popular theories include that Harry Potter could be immortal due to the wording of the prophecy or that Dumbledore is the personification of Death, described in the Tale of the three brothers.

This theory suggests that Voldemort, Snape, and Harry are representatives of Antioch, Cadmus and Ignotus respectively. Voldemort is the first brother as they are both obsessed with power and wanted to conquer death. They also both acquired the Elder Wand in their lifetimes. The second brother is Snape as both were in love with a woman who died too soon. In Snape's case, Lily. While lastly the third brother is Harry, as he was gifted the invisibility cloak.

Just like Death with Cadmus and Antioch, Dumbledore played a role in the deaths of Snape and Voldemort. He also gave Harry the invisibility cloak. And like Ignotus, Harry “willingly” walked to Dumbledore on Platform 9 3/4 at King’s Cross and greeted Dumbledore. He greeted Death, his “old friend,” as is written in the Tale of the Three Brothers.

J.K. Rowling responded to a fan on Twitter, that the Dumbledore is Death theory is her favorite fan theory.

Neville was the Chosen One 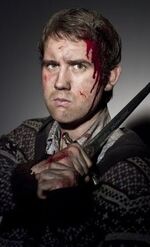 This theory states that Neville Longbottom, and not Harry Potter, was the chosen one that was mentioned in the prophecy regarding him and Voldemort. The following is said prophecy:

"The one with the power to vanquish the Dark Lord approaches...born to those who have thrice defied him, born as the seventh month dies...

Neville was born on July 30, a day before Harry's birth. Neville's parents had also thrice defied Voldemort, much like with Harry's parents, and they were driven insane as a result. Voldemort also had a sketchy relationship with his birth mother, and technically, this makes Neville his equal. And as for the power that Voldemort knew not of? It is said that Neville possessed the power of love or the power of herbology, which is the study of plants. What ultimately ties this theory together is the idea that Dumbledore set Harry up as a pawn in order to protect Neville. With Voldemort being led on to believe that Harry was the One that was mentioned in prophecy, Neville could have a better chance at surviving the war, and defeating Voldemort. In the book series, it is shown that when Voldemort was first informed about the prophecy regarding him and the child, he narrowed it down to two children. Those children were Harry and Neville Longbottom. Voldemort ultimately decided to go after Harry, because he was a half-blood just like himself, and he also thought that he was a more potential threat than Neville. It's also shown that Neville's birth parents defied Voldemort three times, and were driven insane by Lestrange as a result.

For starters, Harry has all of the characteristics of someone who would concoct a distracting fantasy world. He's an

orphan, he's beaten and locked in a tiny cupboard, and denied food. It makes perfect sense that a kid in the scenario might imagine a friendly giant on a flying motorcycle rescuing him.  Plus, throughout his time at Hogwarts, Harry seems to be admitted to the hospital with alarming regularity.  His classmates do too, but with illnesses that give them scales or extra appendages.  Harry's injuries are

rarely of a magical nature. He's knocked unconscious and breaks bones--common injuries among abused children.  His fantasy extends to explaining his injuries, because it's easier to admit that an elf broke your arm while you were flying a broomstick than your aunt kicked you down the stairs again.

The Dursleys were under the effect of a horcrux

It always seemed odd that Harry Potter's aunt and uncle, the Dursleys, would be good enough to take him in and raise him, only to keep him locked in a cupboard under the stairs and generally treat him like a moldering hunk of Hitler's shit. Why not just dump him in an orphanage if they were planning on treating him like an old boot for the entirety of his childhood? In a series full of magical beings, one of the most fantastic elements is that these completely normal people managed to be so terrible without the use of any spells

... or did they? A theory by Graphic Nerdity claims that the Dursleys were originally a normal, supportive couple, but continued exposure to Harry's cursed ass turned them into resentful hate beasts.

Harry, as we eventually find out, is technically a Horcrux. For those of you who aren't fluent in nerd, Horcruxes are cursed objects containing fragments of the evil Voldemort's soul, and they've been known to turn people into assholes. In the second movie, Ginny Weasley is brainwashed by a book that doesn't even have "Dianetics" in the title, because it's a horcrux. It contains a piece of the venomous soul of the lord of hate magic and wizard murder. We also see Ron start acting like a total dick after putting on a locket that's, you guessed it, also a horcrux.

Most importantly, we find out later in the series that Harry himself has a part of Voldemort's soul trapped inside of him, like Dick Clark and Ryan Seacrest. So if Ron and Ginny turned evil after being exposed to a horcrux over a matter of weeks and months, just imagine how the Dursleys could be affected after living with one for 10 years. Harry Potter was a magical cancer gnawing hungrily away their souls.

This discovery makes the biggest douchebags of the Potter-verse not villains, but victims. Heroes, even. The fact that their adoption of a child who was also a cursed object merely resulted in them turning into emotionally abusive turds instead of a family of secret cannibals is cause for commendation.