Salad Fingers is a 2004 animated series by David Firth. It is a psychological horror series about the titular character of Salad Fingers' life in a seemingly devastated city. Salad Fingers is a green, hunchbacked humanoid who has finger puppets as his only forms of company. Because of the surreality of this web series, many fan theories have arisen regarding this series.

One theory states that Salad Fingers is a cannibal, and is either denying it, or is oblivious to the fact. Salad Fingers is believed to suffer from dissociative identity disorder, and that Hubert Cumberdale (one of his finger puppets) was his true personality, and SF was just Hubert's gentle and oblivious side. The theory also notes SF's obsession with a substance that he believes is rust. You see, rust is closely related to blood, right down to its taste, iron content, and color, which adds credibility to the theory that Salad Fingers' alter-ego, Hubert Cumberdale, is obsessed with blood. This theory also implies that Salad Fingers may not even know what blood is, but states that he loved it in Episode 2 of the webseries, stating that he loved it when the red water came out of him after he had pricked one of his fingers on a hanging nail. The theory also suggests that Salad Fingers wears the skins of his victims as a reference to the serial killer Buffalo Bill from The Silence of the Lambs.

In Episode 3 of Salad Fingers, SF finds a nettle plant, and places it into a baby carriage. The theory proposes the idea that maybe the plant in the carriage was an ACTUAL baby (this can be reinforced with the idea that instead of the rash making milk come from his nipple, the baby had something to do with it), and that Salad Fingers/Hubert Cumberdale would then take it back to his house to devour. It's implied that he would soon do the same with the baby's father, who was represented as the crazy man who antagonized SF throughout the episode. He also allegedly beat the man to death in his Hubert Cumberdale persona. It's also believed that SF had a wife whom he then murdered in his Hubert Cumberdale persona, and later cooked her in the oven. The woman's name was believed to have been Baxter, which means "baker." The theory also cites that if one were to look closely at Salad Fingers, you would see that there were letters written on his teeth. More letters may be revealed later on.

A common plot point of the series is the Great War. Salad Fingers would constantly mention this war throughout the series, and what this war was and when and how it started is currently unknown. One theory about this war states that this war was most likely nuclear. This war was believed to haveworld-wide conflict, and it resulted in the deaths of billions of people. This may also explain why the characters of Salad Fingers are how they are. They may have been mutated during the nuclear fallout of the nuclear war, and this may also explain the desolate appearance of the show, and may also be the reason as to why Salad Fingers may be the only living creature for miles, and the reason as to why he has finger puppets as his only company. Most of the characters are unable to speak, (mostly likely too mutilated to even do so.) which explains why SF narrates what they say. This might also explain why SF is so shocked when he hears the little girl speak in episode 5, for he most likely hadn't heard another voice in a very long time.

It's also believed that the Great War could be WWI, because WWI was also known as the "Great War," or the "War to End all Wars." A possibility is that this is an alternate history where WWI actually destroyed the world and all of the people SF mentions died in the war and he went crazy. Another example that supports this in the end of episode 7 where SF says to Kenneth's corpse "Back to the trenches with you.", for most of WWI was fought in trenches, commonly referred to as Trench Warfare.

One explanation for this:

War is that there was no war in the first place, and that it's all in Salad Fingers' mind. Considering the surreality of the series, and that Salad Fingers is an unreliable narrator, this may as well be true. However, we won't fully know until David Firth decides to produce anymore episodes regarding SF.

One of the most believed Theory comes from a famous Youtuber called "The Film Theorists". The Theory is about the war, diseased family members and deep meanings about Salad Fingers. Seen by over 6 million people in both videos and just over 150k likes shows this theory to be one of the most believed on the interwebs, although the show’s creator, David Firth, denied the truth of the theory entirely. 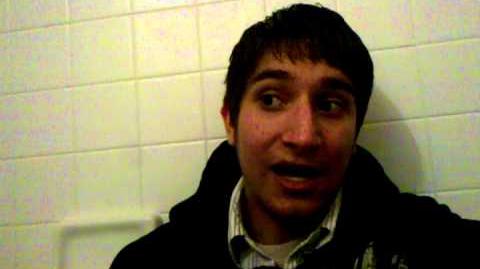 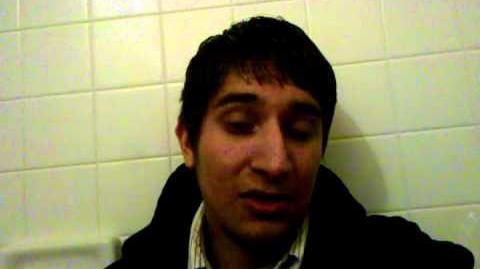 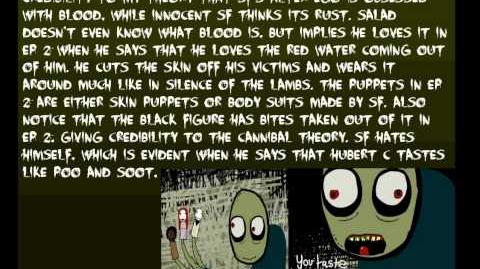 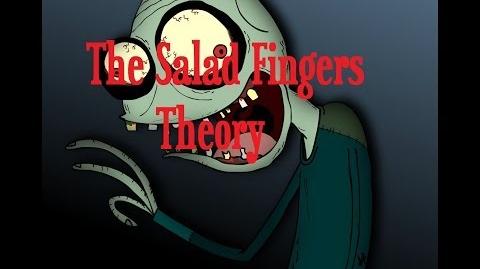 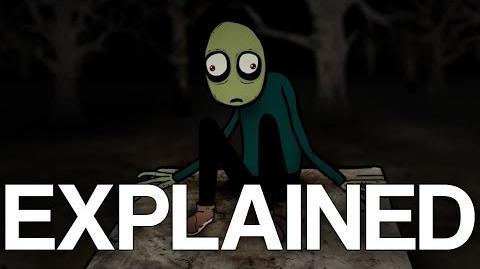