Tenacious D is a comedy rock duo formed by actor Jack Black and his best friend, Kyle Gass. Their music is heavy on power chords played on acoustic guitars and lyrics about sex, Satan, and why they are "the (self proclaimed) greatest band on Earth."

Yet even the so called "greatest band in the world" isn't safe from a simple theory.

Tenacious D and the School Of Rock theory

This theory claims that the 2006 film, Tenacious D in The Pick of Destiny, takes place before the events of the 2002 film School of Rock, but still in the same universe.

The theory goes that after the events of The Pick of Destiny, the Acoustic/Comedy Rock duo, Tenacious D, wasn't getting enough gigs, which lead to Kyle Gass (AKA KG/Kage) to start the new side band, the Kyle Gass Band . Jack Black, (AKA JB/Jables) then donned the stage name "Dewey Finn" and started the band, No Vacancy, where JB later got an electric guitar and better band equipment, then moving in with another friend, Ned Schneebly and his intolerant girlfriend.  Then the events of School of Rock take place there, Dewey becomes a substitute teacher and forms a new band with the musically talented kids. But eventually the kids grow up and part ways, thus leading JB the abandon the Dewey Finn alter ego, and Tenacious D re-gouping.

Satan was Following them

This theory claims that the devil himself knew Jack and Kyle are the chosen ones to start this "awesome band" and was the one who sent them on the mission to find the Pick of Destiny. Since in the movie it shows that he has the power to shape shift, Satan was probably in disguise as the mortals they came across on their journey to aid them along the way.

Bill and Ted grow up to be Tenacious D

This theory claims that Jack and Kyle of Tenacious D are simply the adult versions of Bill and Ted. 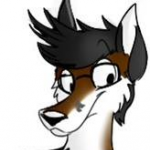 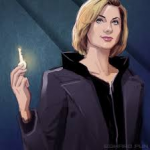