The Toy Story series is the most well-known series that has ever come from the Pixar animation studios. The series is ultimately about a child growing up, and ultimately giving his or her toys away. This concept has led to several theories such as: What happens to the toy after its owner grows up, why are the toys alive, and why do they desire to be played with? These fan theories attempt to answer a few of these problems that audience members had with this film series

Toy Story 3 Has Connections to the Holocaust?

This theory claims that Toy Story 3 was written as an analogy to the Holocaust. The toys become more and more unwelcome in Andy's life, as the Jews did. They are forced into dark toyboxes, like ghettos. Then they are sent away. Lots-O' Huggin' Bear would represent the Nazi Germany dictator Adolf Hitler, and the daycare itself would represent a concentration camp. The toys that inhabit the daycare would represent the Jews that were driven to the concentration camps, and the incinerator symbolizes the ovens that slain Jews were burned in. Also according to this theory, during the scene in which Woody was talking about his and the other toys' futures, Buzz stood up and pitched the idea to Woody about them possibly going to the attic. This could be an allusion to Anne Frank's story, because she and her family hid in the attic for 25 months before the Nazis came to take them to the concentration camp.

The theory also states that those toys already living at the daycare center were given more respect than those that had recently arrived to the daycare, and that when those toys arrived to the daycare, they were ultimately beaten down, and would ultimately find themselves heading towards a fiery death in the dump's incinerator.They also represent the officers that worked at the camps and lived there, because they work with Lotso. An example is Ken and his dreamhouse. Woody and his friends would represent those Jews who had successfully left the camps. 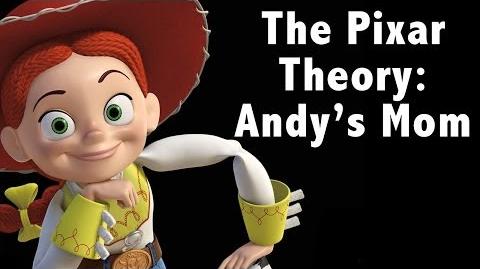 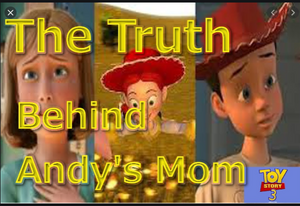 Does Andy have a dad?

There has been a theory about why Andy doesn't have a dad. Fans mostly assume that Dad is dead, but the most possible one is that his parents are going through a divorce, and it seems to make a lot of sense.

Woody and Buzz are authority figures to Andy.

Evidence against this is that if people pause the movie at the right time when Woody is sliding down the rail, we see pictures of Andy. Or are they?

Why are Toys Alive?

One of the most lingering theories that these series of films posit is what makes the toys sentient? According to the famous Pixar Theory, the toys were brought to life through zero point energy, or electromagnetic energy that exists in a vacuum. The toys realized that human love was an energy source, and that is why they must be played with. The film series hints that if a toy was unloved enough, they would lose the ability to even come alive.